Monument of the Revolution

Monument of the Revolution in Mexico City.

When we talk about the Monument to the Revolution we refer to one of the most important historical precincts of Mexico. One of its most outstanding features is that it still retains its original structure and is part of the small group of monuments in the world that can be fully explored. In this way, tourists can visit from the foundation to the highest part of the building, known as “linternilla”. You can see Mexico City, clear day required.

The monument of revolution is a mausoleum dedicated to the commemoration of the Mexican Revolution whose work was in charge of the architect Carlos Obregón Santacilia. In 1936, a decree was issued that granted the monument the function of the funerary enclosure. For that reason, they adapted crypts in its columns that later would be home of the remains of Venustiano Carranza, Francisco I. Madero, Plutarco Elías Calles, Lázaro Cárdenas and more.

Where to find it? It is located in the Tabacalera neighborhood of the Cuauhtémoc mayor’s office, near the Historic Center of Mexico City.
In the basement of the monument, you can find the National Museum of the Revolution, a space that was inaugurated on November 20, 1986.

Following the general purpose of the monument, this museum focuses on showing the history of Mexico. One of his permanent exhibitions, for example, is entitled “Sixty-three years in the history of Mexico 1857-1920” and this covers the events of the country from the promulgation of the Constitution of 1857 to the Presidency of Venustiano Carranza, paying special attention to the revolutionary period.

For this year, la Plaza de la Republica, together with the monument, constitute the open space in which the largest numbers of cultural activities in the region are carried out. An example of this is the Mutek electronic music and multimedia art festival, one of the most important in the American continent that in 2003 brought together almost 200,000 people.

Although a little bit of TLC is needed in order to show its beauty and splendor. 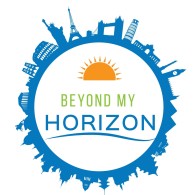 Hey Guys, I’m Issa. My love for exploring places, meeting new people and expanding my knowledge of different cultures, has brought me to this blog. Sharing experiences, stories, photos, and videos of the places. Let's discover new places, together!

UA-129783601-1
We use cookies to ensure that we give you the best experience on our website. If you continue to use this site we will assume that you are happy with it.Ok